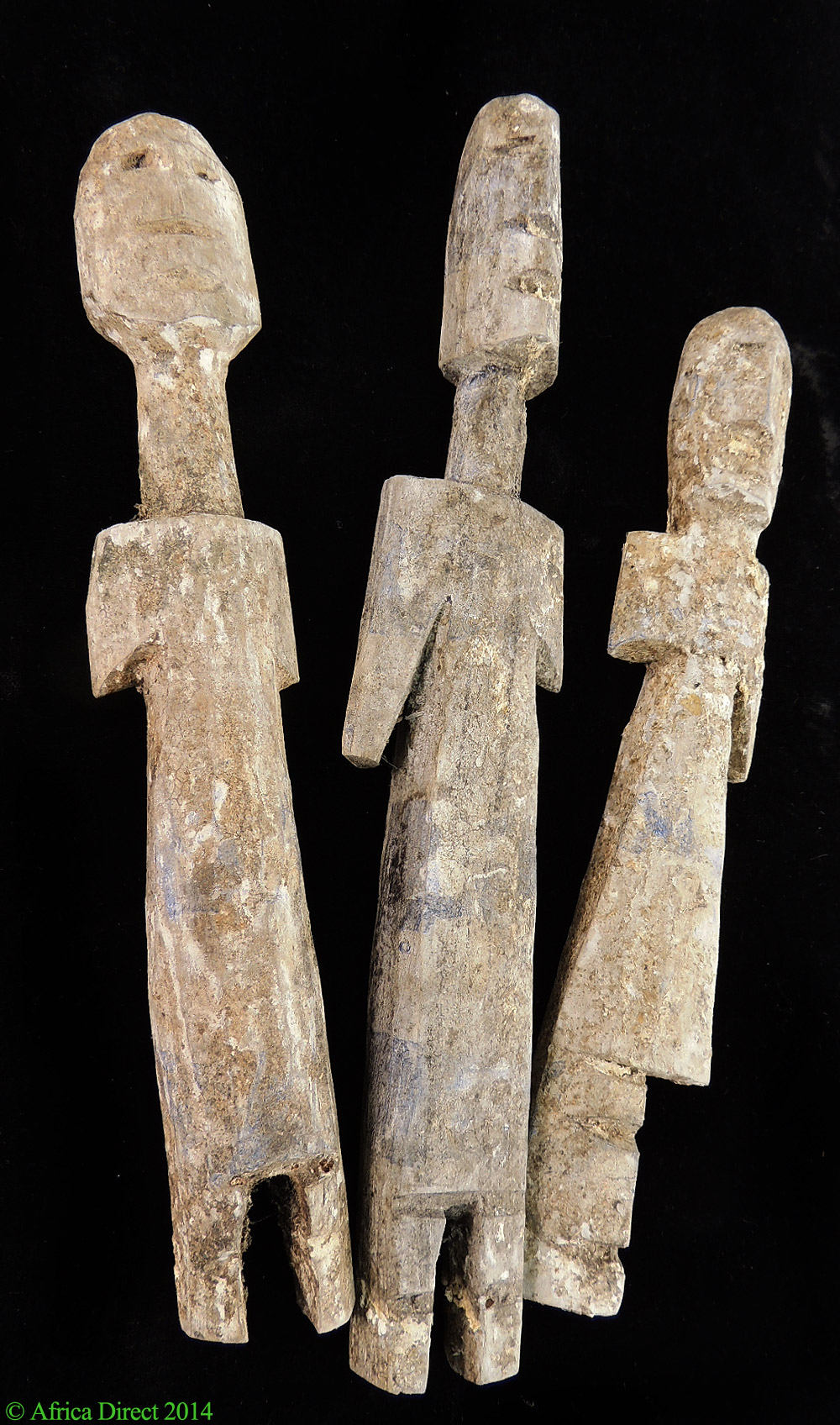 
Arts: The Adja appear to blend in with the dominant culture they live closest to. Among the Adja in Togo, there is less dependence on Benin-style "vodun," and a greater dependence on community shrines, in which they place small, abstract, wooden figures as offerings, hoping to solve a problem or grant a wish. These figures are quite unique, often painted white and only vaguely human in shape. They are usually devoid of facial features, and crudely carved. The Adja in Benin produce "vodun" fetishes, which strongly resemble those of the Fon, using a variety of materials and magical additives.

History: The Adja are an ancient group of people now living in Benin, and in small parts of Togo along the Benin border. There is very little firm scholarship on them, and what there is can be contradictory. Some report that the Adja migrated to what is now southern Benin in the 12th or 13th centuries from Tado on the Mono River, and in the early 17th century, three brothers, Kokpon, Do-Aklin, and Te-Agdanlin, fought for the kingdom and in the end divided it amongst themselves. Two of the important Benin towns founded by the Adja are Abomey and Porto Novo. The Adja living in Abomey mingled and intermarried with the locals, creating a new people known as the Fon, who today are the largest ethnic group in Benin. Though the Fon are the culture most identified with West African "vodun," it is thought that the Adja were its first practitioners, and there continue to be devotees in Benin today. Vodun is quite a complicated religion, closely tied to nature and, for lack of a better term, "witchcraft." It revolves around a dependence on priests, special chants, and an astounding range of magical materials, in order to solve problems. Vodun is not, however, a force for evil as is widely believed, and its practices can most accurately be described as "prayers."