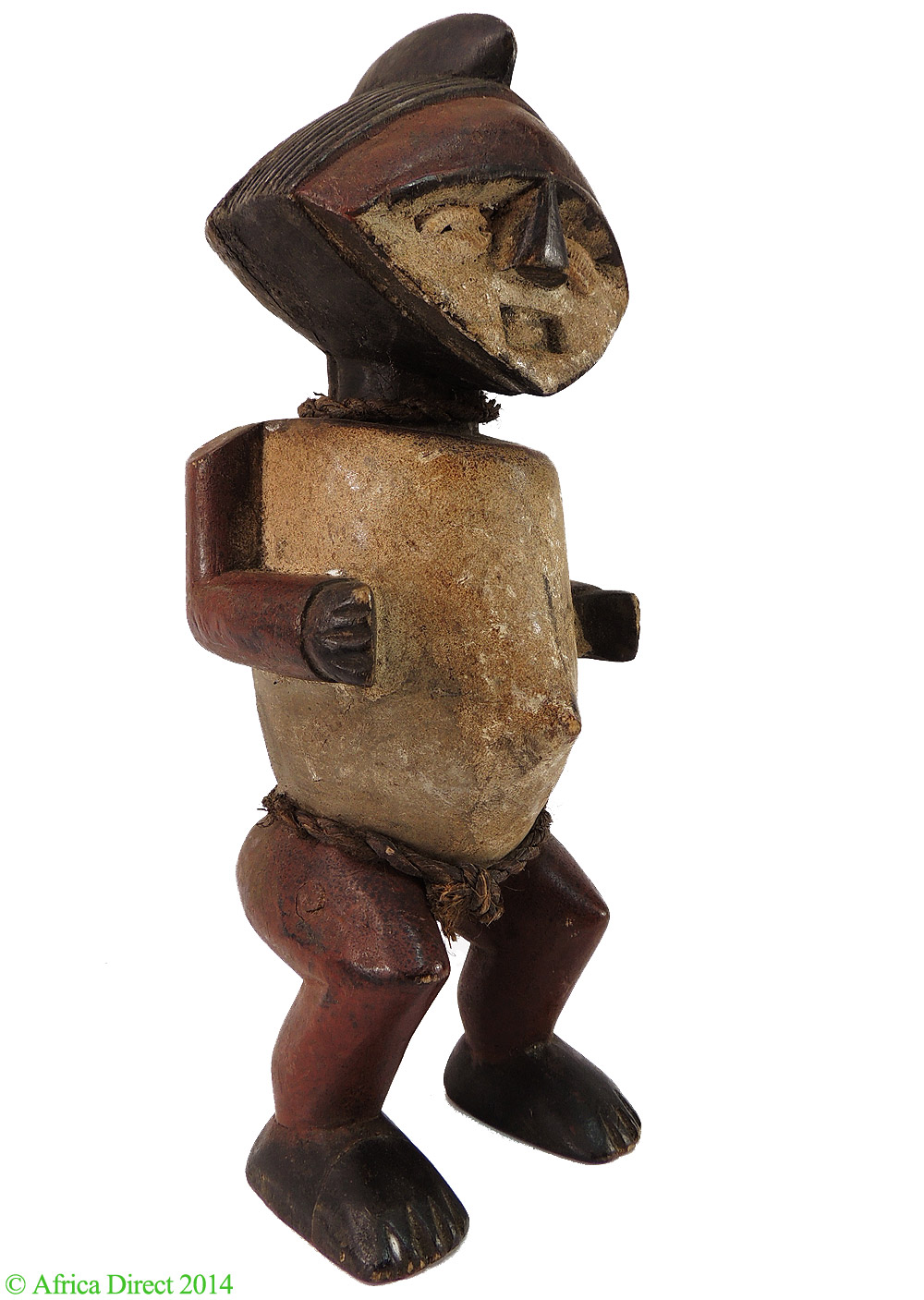 Location: Gabon and Republic of the Congo
Population: Unknown


Arts and History: The Ambete are thought to be descendents of the Kota, and like most other cultures in the area, use "guardian figures" to protect as well as venerate the bones and memories of their ancestors. The Ambete are known almost entirely for their distinctive and rather large guardian figures, which are wonderfully abstract. The faces and body are often white from the application of kaolin, and have a striking triangular face, often with bared teeth. The abdomen is somewhat rounded with arms fixed to the sides. Figures usually have a cavity carved out of the back of the figure, used to house relics like old bones and other smaller artifacts connected to the ancestors, in much the same way as European Catholics venerate certain saints through the preservation and display of relics. The faces of most Ambete figures strongly resemble those found on the masks of the Vuvi and the Mitsogho, even though Ambete masks are virtually unknown. Because of the scattered nature of most of the peoples of the Gabon, primarily due to the invasion of the Fulani into the area 200 years ago, there is almost nothing known of their history. Also the very nature of Gabon, being so densely forested, makes the study of its residents a daunting task.