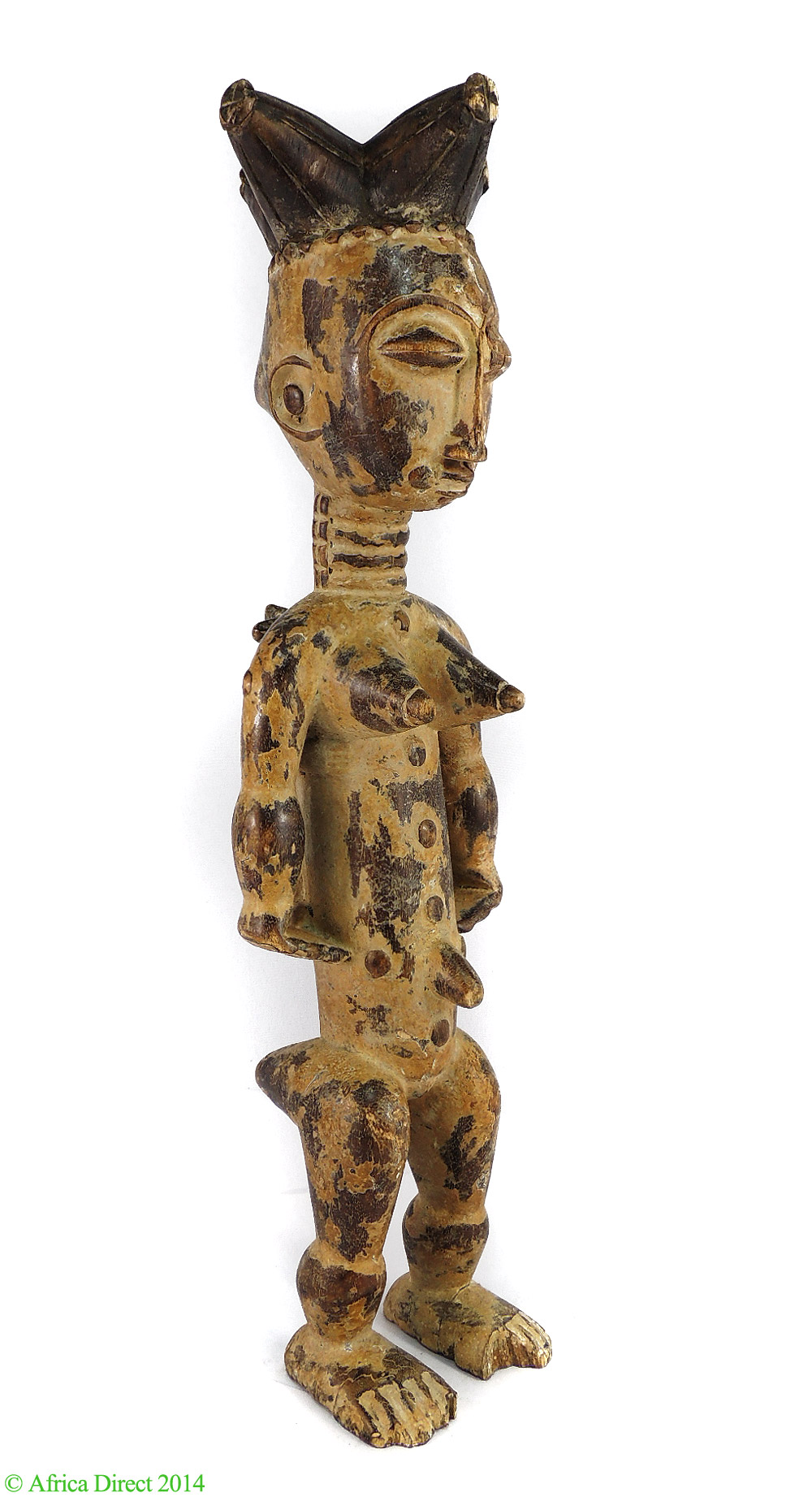 
Arts: The Anyi, like most of the so-called "Lagoon" peoples, are known primarily for their strikingly beautiful female figures, used ritually to promote fertility. Statues of the Anyi, like those of other groups in the area, are some of the most ravishing in all of Africa, combining the best features of Baule artistry with a unique "lagoon" appearance. They can be found either standing, or seated upon a classic Akan stool, and usually have lovely blackened patinas. Anyi pieces do show Baule influence, in their faces primarily, but Lagoon carvings are stronger and bolder, more daring, with massive volumes offset by muscular, stubby arms. The effect can be exquisite, even extraordinary. This body shape is in stark contrast to the more linear figures of the Baule.

History: The Anyi are one of the so-called "Lagoon" cultures, who are from the Akan group. The Akan are recognized as one of the original cultures to live in the areas now known as Ghana and Cote d'Ivoire, and can be traced back to the 13th century. The rise of the Asante Kingdom, a large and aggressive member of the Akan, led to the dispersion of many smaller groups, who fled to the south and west, primarily along the coast, away from their heavy-handed, intrusive neighbors. A handful of smaller Akan settlements, including the Anyi, Ebrie, and Attye, became known as the "Lagoon" peoples, acquiring this description as a result of establishing their homelands in the isolated wetland areas of coastal Cote d'Ivoire, notable for its many lagoons and estuaries. This change in geography led the Lagoon peoples out of Ghana, away from Asante dominance. Here they came under the artistic and social influence of the Baule, another large Akan culture, who had also fled Ghana early on, settling in Cote d'Ivoire.