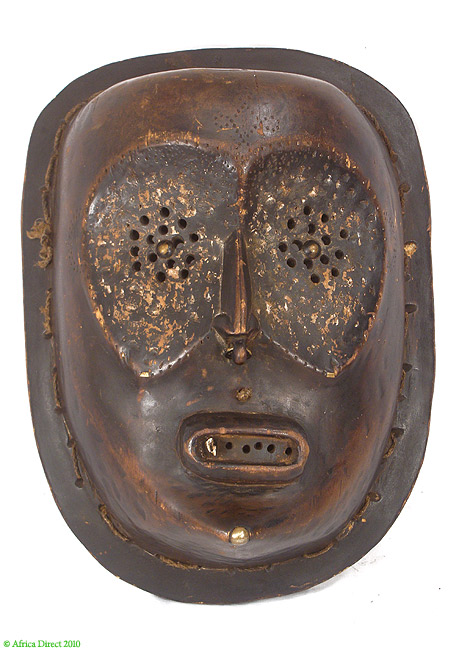 Arts: The Lulua live in the Kasai region, which produces an enormous number of wonderful statues and prestige objects, related both in style and use. This is a consequence of the proximity of two huge old kingdoms, the Kuba and the Luba. The Bena Lulua, also known as the Luluwa, produce some spectacular statues, heavy with unique curvilinear scarification, as well as stunning prestige objects like pipes, headrests and figural amulets. Masks are rare and poorly understood.

Bena Lulua art is scarce, but statues dominate. They are thought to represent ancestors, and the finest carvings are sometimes housed in special village shrines. The scarification used on Lulua statuary is unique in all of Africa, with complex swirling patterns on the face and body. There are mysterious circle-dot designs as well, usually on the cheeks or forehead. Prestige objects, like hemp pipes, are scarce and much sought-after, and often quite beautiful. Along with stools, neckrests, and small human effigies, they too are often covered with elaborate scarification patterns. Masks are extremely rare, and poorly documented. They can be realistic, mimicking the ancestor statues, or abstract and mysterious, covered by multiple small holes, with angular cheeks, a protruding mouth, and metal tacks for eyes.

History: The history of the Lulua prior to the 18th century in unknown, but since then has been closely connected to the Kasai Luba, who were both attacked by the Katanga Luba and relocated to their present location. At that time, in an effort to curb the consumption of palm wine, Chief Kalamba ordered all the palm trees in the area be cut down. This, of course, was not greeted with great enthusiasm. To restore a semblance of order, the chief introduced the smoking of hemp, and hemp rituals developed which persist to this day. The rapid growth of the Kasai Luba has overshadowed the Lulua, though they coexist peacefully. Numbering around 300,000, the Lulua have an interesting hierarchical social structure resembling the caste system in India. They worship ancestors, both real and mythic, whose spirits are thought to inhabit the rocks and the trees, and they remain one of the most enigmatic groups in all of the Congo Basin.