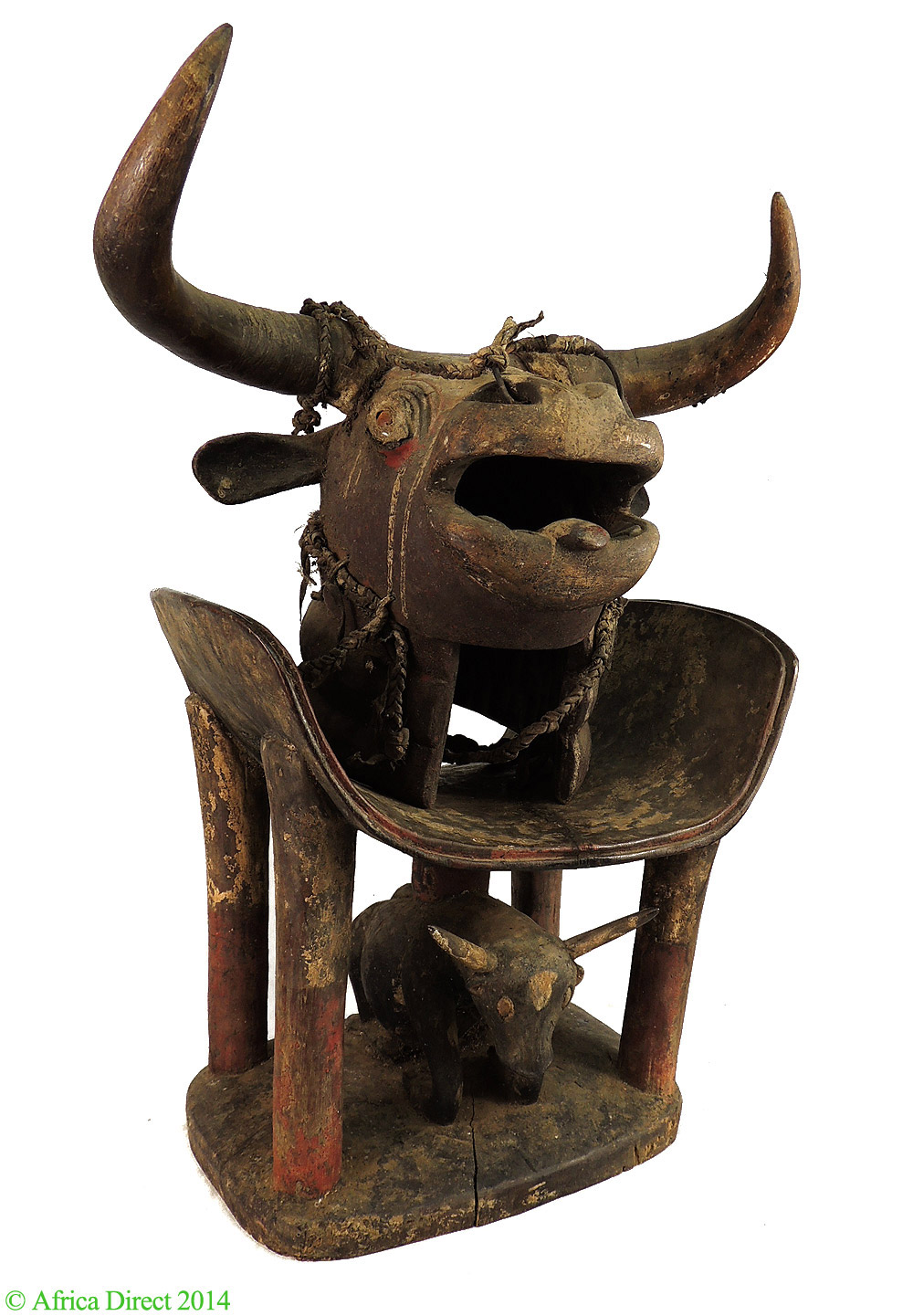 Arts: The predominant force in Bidjogo ceremonial life surrounds the initiation of young men and the veneration of ancestors. Unlike most cultures, who have recognized sculptors who supply the community with ritual art, Bidjogo families often carve their own masks and statues. This has allowed an art to emerge that, needless to say, only loosely follows any stylized norms. This can make attributions difficult, and as a result there are many pieces which have been linked to their neighbors the Baga. Not that there are no justifiably famous forms found among Bidjogo masks, with masterpieces depicting the bush cow and the sawfish, but the general rule is that there are few rules. Most masks represent animals found locally which have totemic significance, and most statuary honors ancestors.

History: The Bidjogo number about 20,000 and are scattered among about 20 islands off the coast of Guinea-Bissau. Their isolation has enabled them to resist efforts to convert to Islam, so they still practice many of their traditional rituals. Though not much is known about the Bidjogo, their language is similar to that of the other groups of the region, though evidence also indicates that they have relatives in modern-day Mauritania. The Bidjogo possibly were forced southward by Berber nomads. The earliest mention of the Bissagos islands and their inhabitants comes from Portuguese accounts dating to the late 15th century. The slave trade during the 16th and 17th centuries had a major effect on the area, but the Bidjogo undoubtedly benefited from the isolation found on the Bissagos Islands. They have also, as a result, been able to avoid the influence of Islam, unlike cultures living along the coast, on the mainland.