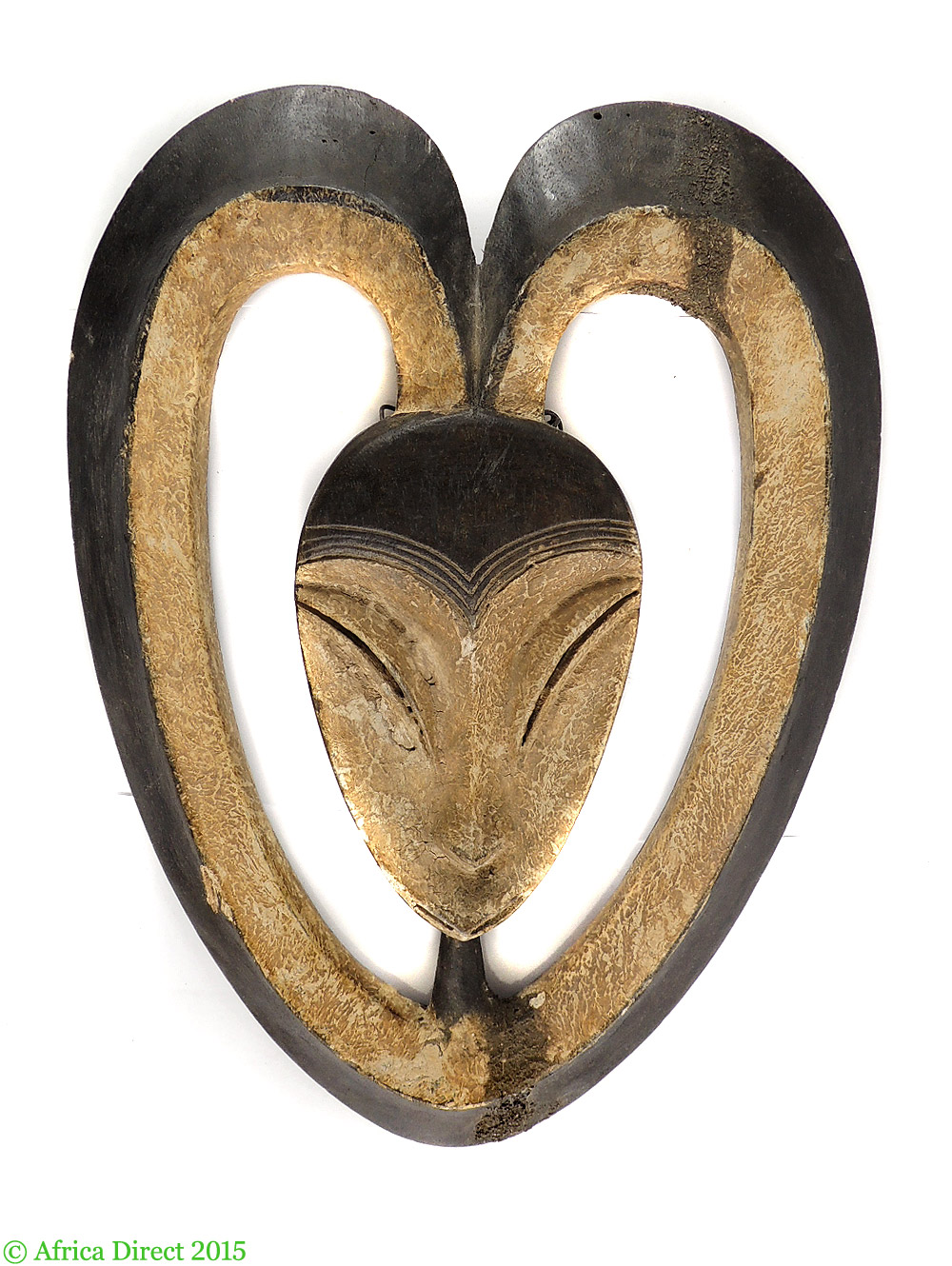 
Arts: The Beete Society has strict control over most activities of the Kwele, a small patrilineal group living to the east of the Fang and Kota. The Kwele associate most problems with witchcraft, though their arts do not seem to reflect this. Most of their art, which consists mostly of two forms of masks, is connected to Beete rituals. There are two primary masks used by Beete dancers prior to the hunts, one quite stylized, resembling an antelope (Ekuk), and the other a gorilla (Gon), also quite stylized. The famous, heart-shaped Ekuk antelope masks represent the peaceful spirits which might be encountered during the hunt, as opposed to the dark, double-fanged Gon, which symbolizes danger. Gon masks are extremely rare. A few other face masks exist but are vague in appearance. There are also a few strikingly beautiful, more realistic antelope masks, with pointed horns and diagonal slit eyes, which differ considerably from the Ekuk masks. These can be breathtakingly beautiful and are highly-prized by collectors. It is curious that the Kwele never adopted the "Bwete" Society ancestor rituals of their close neighbors the Fang and BaKota.

History: Little is known about the Kwele except that they fled east during the 19th century, after neighboring peoples acquired rifles from the Europeans. They settled into their current homelands between the Dja and Ivindo rivers.