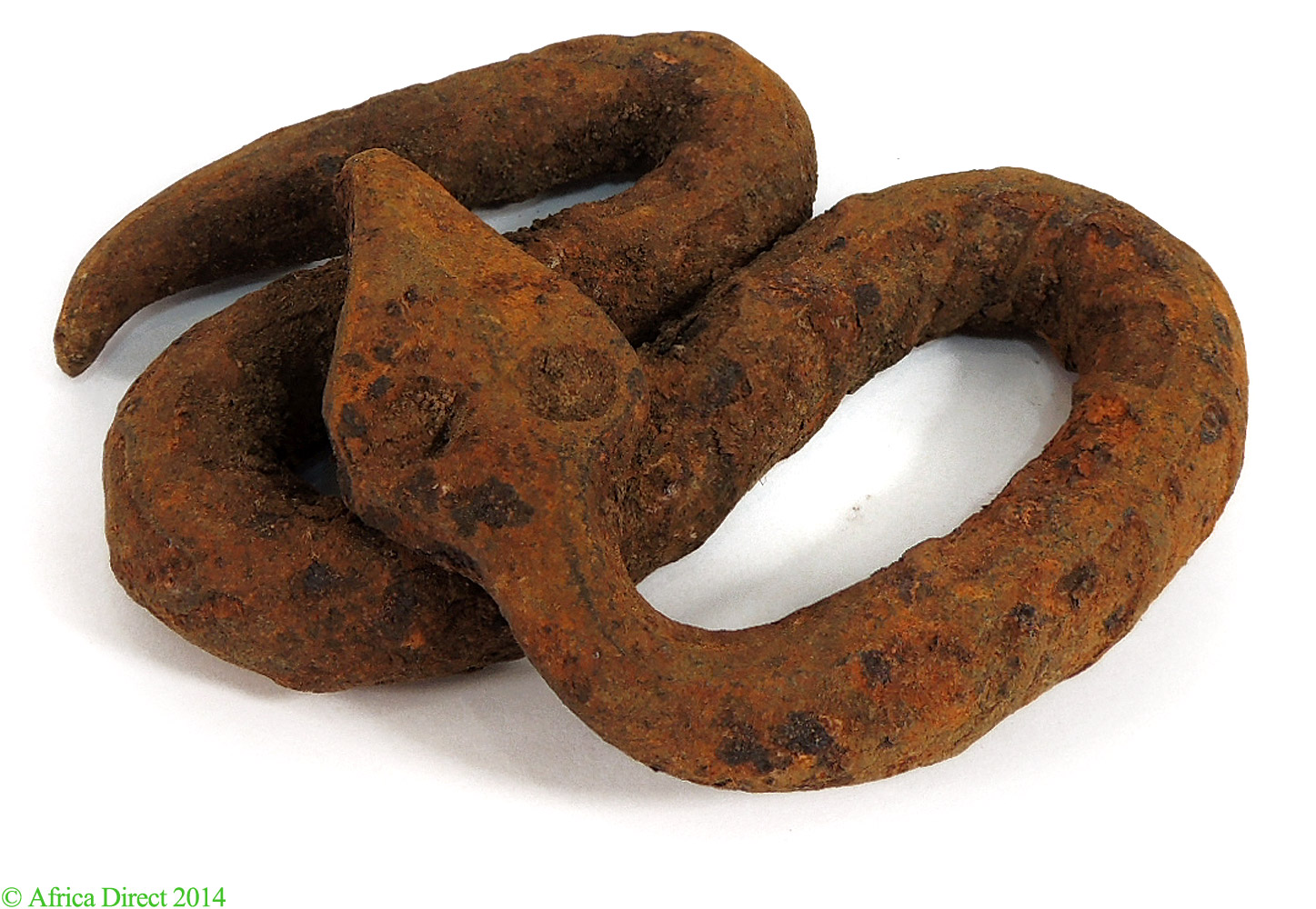 
Arts: Almost the entire artistic output of the Lobi is devoted to the famous shrine figures known as "Bateba," which are thought to embody the spirits of the "Thil," an all-purpose but unseen being. The thil, who represents the creator god, also unseen, is consulted via a prescription from a diviner, who might require the carving of a bateba as an intermediary component of this prescription. The bateba come in a variety of sizes, shapes, and postures. The Lobi craft beautiful three-legged stools, rare but impressive human heads sometimes mounted on iron stakes, and numerous cast or forged metal figures and animals, made by the men during the off-season. Utilitarian objects like slingshots, flutes, and canes are also made. The Lobi, oddly, do not have a masking tradition at all.

In order to understand Lobi art, it is necessary to have at least a basic understanding of their religious beliefs, no small task. The Lobi have no system of centralized government, nor for that matter do they elect chiefs or venerate elders based on lineage. Instead of elected leaders, or chiefs who inherited their power, the Lobi rely on a cult of nature spirits led by the Thil, and his human interpreter, the village diviner, or "buor." The position of the buor is not chosen by humans, but rather a "calling" of sorts. The buor does not live among regular villagers and does work, depending on the kindness of the people who consult him for survival. It is similar in some respects to the caste system in India. Lobi mythology goes thusly: The Creator God, or "thangba yu," grew dissatisfied with the behavior of his subjects, and washed his hands of them, sending them a surrogate, the Thil, to assist them in their corrupt world. The Thil, interpreted differently in each village, and his human assistant, the long-suffering buor, are thus charged with carrying the burdens of an entire village. When needed, the buor performs a ceremony and consults the thil. This leads to a prescription from the diviner, which might include the carving of a bateba, who mediates if necessary. The bateba are looked upon as living beings, charged with special powers, who move, fight against witches, and have intercourse with each other. The Lobi believe that the bateba are superior to humans, but inferior to the Thil spirits, so the bateba is first activated by putting it in a Thil shrine. The bateba keep sorcerers away, and help the Thil ward off misfortune. Shrines vary from large, free-standing structures scattered about the village, to small family shrines inside, or on top of, huts.

The Lobi produce gorgeous three-legged stools, which can be crude and undecorated, or have animal or bateba-like heads. Reportedly, they are carried about by men as they drink millet beer after work. There are also the rare and beautiful head carvings, considered to be a dangerous and powerful bateba. These resemble in some ways the Fang byeri heads, but are even more rare. During the off-season, after harvest, Lobi men devote some of their time to the forging of iron and the casting of brass. They make delightful amulets in both animal and human form, with the strange iron snakes perhaps the best-known. There are many interesting utilitarian objects, like charming figural slingshots, and small phallic-form flutes and staffs. The art of the Lobi continues to grow in popularity due to its naive beauty and relative abundance.

History: Most of the Lobi, who are considered among the most ancient occupants of West Africa, fled from Ghana and the Akan around 1770, crossing into Cote 'd'Ivoire and the former Upper Volta in search of uncultivated land. The Lobi stubbornly resisted the influence of the French occupation, and maintain their animist traditions to this day. Their arts, architecture, and complicated belief system make them among the most remarkable, though underrated cultures in all of Africa.