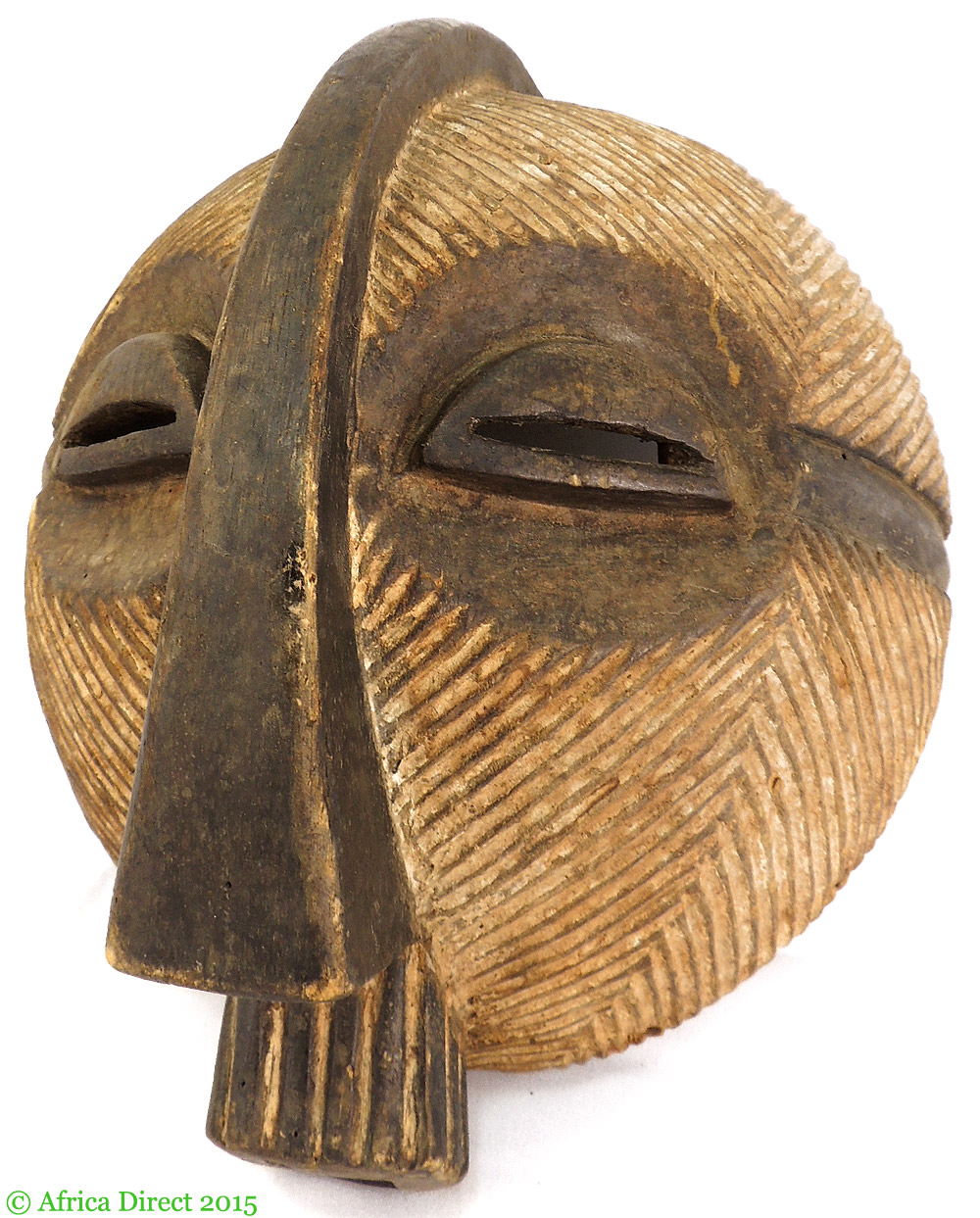 Arts: Statues, usually female, as well as a multitude of utilitarian objects, usually with elaborate figural adornment. Masks, oddly enough, are quite rare, and restricted to a few rather unique types.

The veneration of the female form reaches its zenith in the many sculptural representations of the Luba. Not surprisingly, the primary mode of expression is the full female figure, usually standing but sometimes also seated or kneeling. These statues can represent ancestors or used on shrines for receiving offerings. The facial expression of many of these figures is incredibly serene and proud. There is often an elaborate hairdo, sometimes braided but more often represented by a cruciform design on the very back. Small, precise diamond-shaped body scarification patterns are frequently used, sometimes sparingly, sometimes extensively, but the effect is almost always stunning. Among the most prized of all West African wooden statues are the female-with-bowl figures of the so-called "Buli Master." These are extremely rare, though similar pieces from a later date can be found. Standing male statues are scarce, and more often found among the Hemba, who are neighbors and close artistic allies. The confusion in identifying the pieces of the Hemba and Luba has been the subject of much heated debate during the last 30 years, and as a result many museum masterpieces have had to be re-classified. The respect among collectors for the beauty of Luba art, however, cannot be understated, and even statues which are now identified as Hemba owe a great debt to the Luba.

Masks do not have a strong tradition among the Luba, unusual for a Congo culture. There are two primary forms. The most well-known are the "kifwebe" masks, which are reportedly combined zoomorphic representations of all the beasts of the forest. This specific mask is best known among the Songye, who use it in policing and other important ceremonies. The exact use of the Luba variety, which tends to be more rounded, is not known. The other mask of note, of which almost nothing is known, is an extremely rare and dramatic rounded mask with ram's horns which curve outward. They exhibit some Kuba characteristics, but it is not known if the form is a borrowed one or not.

The decoration of utilitarian and presentation pieces is another form prominent in Luba art, and fittingly they usually include some sort of sculptural reference to the importance of women in their culture, most often a female face or torso. Among the famous non-statuary carvings one can find exquisite caryatid stools and headrests, bow stands, small human effigies, which function as amulets, rattles, staffs, and the so-called "lukasa" or memory boards. The significance of these smaller objects lies in the care lavished upon them, as they are often of great beauty, and clearly demonstrate the skills which have allowed the Luba to achieve an almost religious zeal among serious collectors.

History: The Luba empire, which at one time stretched from the west all the way to Lake Tanganyika, was at its most powerful from around 1500 to the 1870's, when expansion reached east to lake's edge. The decline of Luba power began soon afterwards, and can be traced to Arab slave raiders and European colonialists, who did not recognize the power of Luba laws and rituals, and alas, also possessed rifles and horses. Though no longer politically powerful, Luba influences are still felt today throughout much of the DRC.