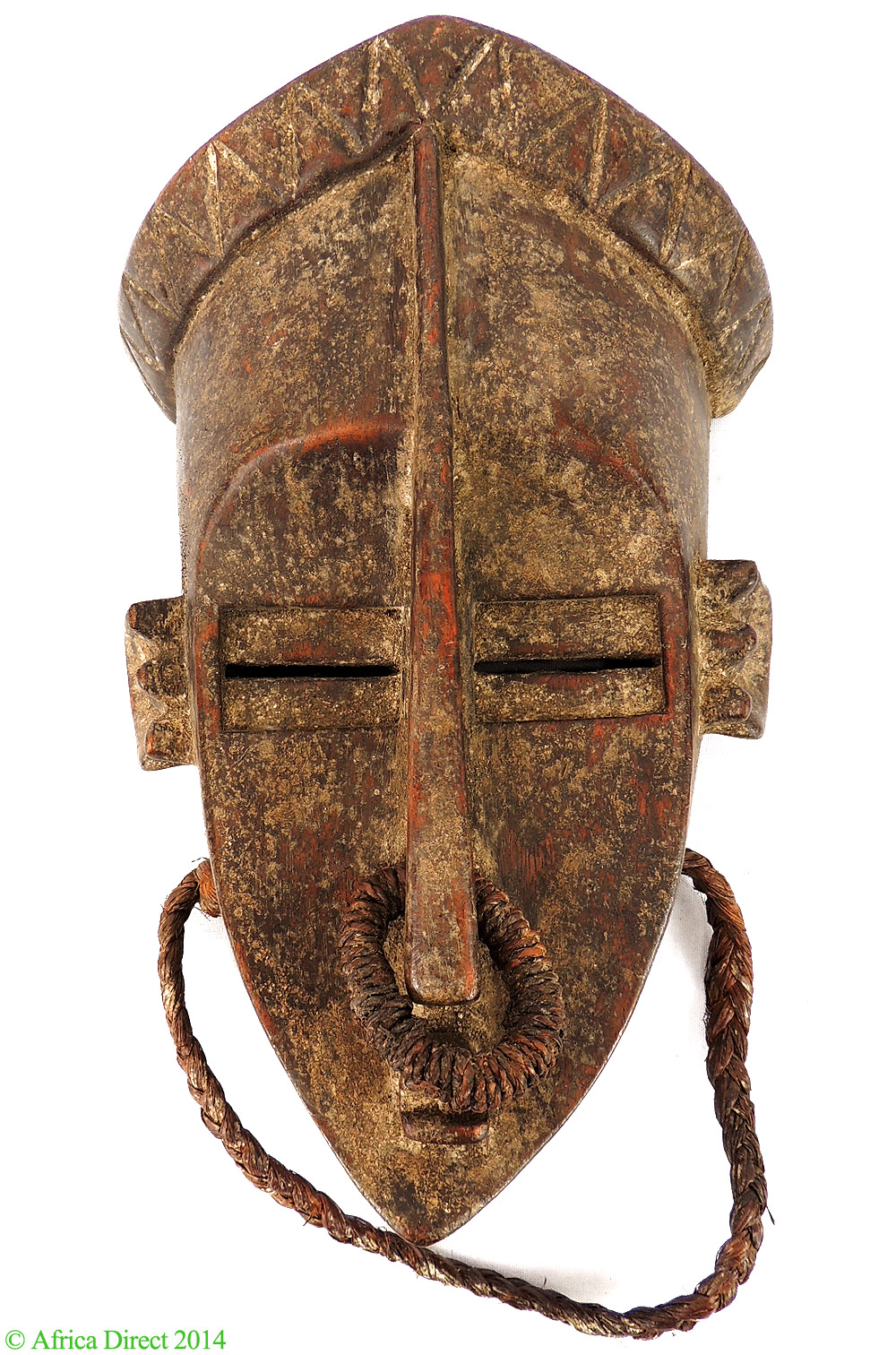 
Arts: The Lwalwa have produced some of the most sweeping and dramatic masks in all of the Congo Basin. They are best appreciated from the side, showing the profile. This small group lives in a fertile, but isolated, region near the confluence of the Kasai and Lueta rivers and, despite their historical ties to the Kete, a sub-group of the Kuba, they have developed a beautiful and easily-recognized style. Their artistic tradition as carvers is limited almost exclusively to masks, with statues very rare. All of their pieces, in fact, are scarce. Masks are used at the end of initiation periods, and after circumcisions, and are known as "tshikulukulu," or owl, as the prominent nose supposedly resembles an owl's beak.

History: The Lwalwa lived originally in parts of the old Lunda Empire prior to 1800, but they refused to submit to Lunda rule and moved south. Today they are politically aligned with the Salampasu, Mbagani, and Kete. Some elements of the famous warrior masks of the Salampasu can be found in their art, like the bulging forehead, rectangular eyes, and large nose. Among the Lwalwa, the larger the nose, in fact, the more powerful the mask. The mouth and delicate upward curve of the chin set them apart, however, and they are noticeably more serene than those of their fiercer neighbors, the Salmapasu.