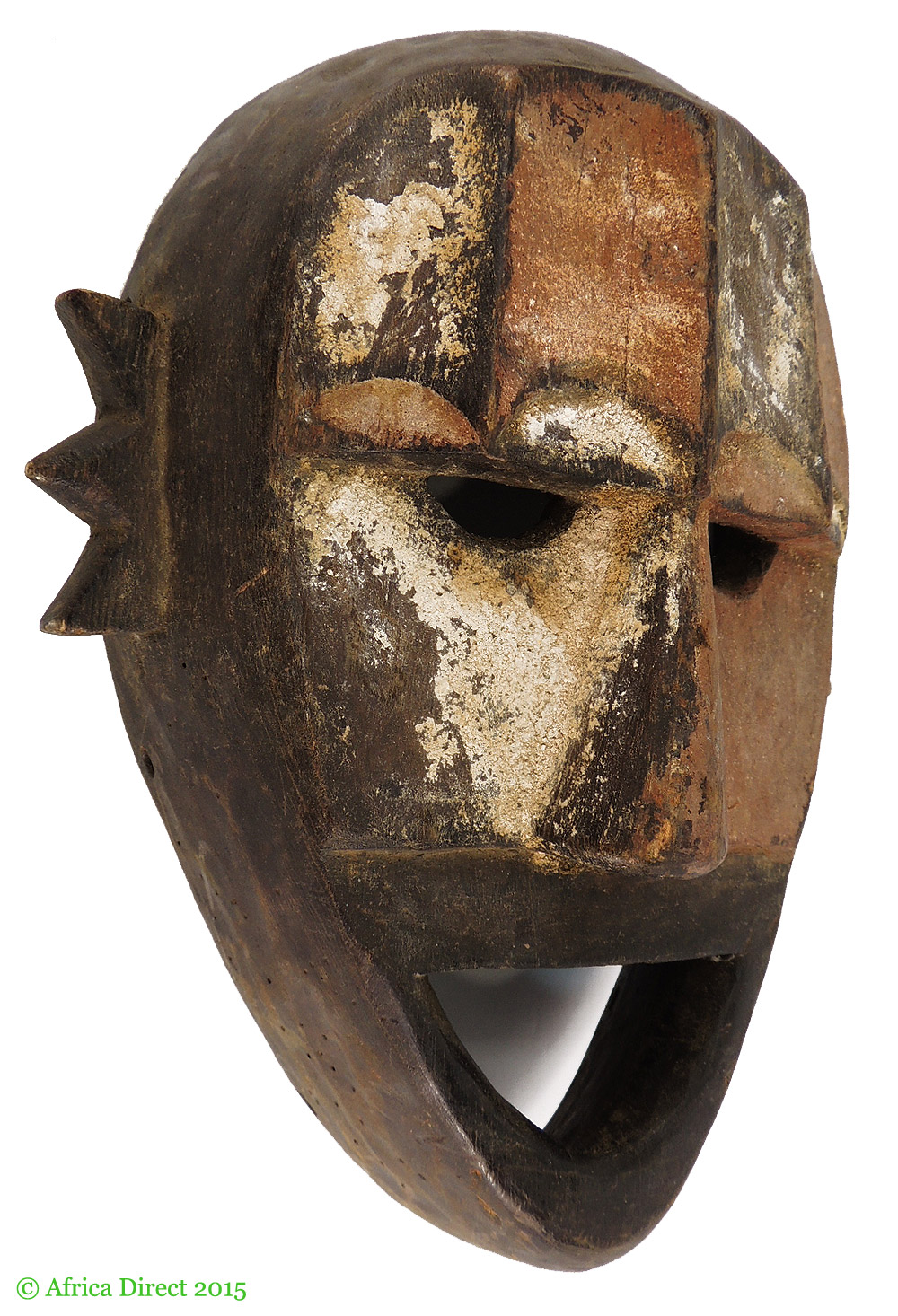 Arts: The Lwena , who number approximately 400,000, live primarily in Angola, but a portion live also in Democratic Republic of Congo and Zambia. They are related to the Chokwe, whose many art forms and rituals they imitate. Generally, however, the Lwena employ less scarification and ornamentation. Also seen frequently are small, incisions in a cross-hatched design, as well as linear incisions below the eye and on the cheeks. The Lwena and the Chockwe both use masks to honor female ancestors, and they dominate Lwena output. The Lwena also produce female statues, similar to those of the Chockwe, but more serene in appearance, often topped with a distinctive cross-hatched coiffure. Their use is poorly understood, but women are held in high esteem by the Lwena and can even rise to the level of chief, so statues devoted to them are no surprise. There are also lovely prestige pieces like stools, combs and staffs which can be very elegant. Since a small portion of the Lwena live in the south of the DRC, their art sometimes will reflect this, and comparisons to Pende and Lele art have been made. This makes the attribution of some Lwena pieces from the Congo a challenge. The Lwena mainly fish for a living, as they are located near the source of the Zambezi River in southwest Angola. Their masks and sculptures, like those of the Chockwe, are highly regarded by collectors. Because of the strong connection, a review of the Chockwe section on our site will provide you with more information.

History: The history of the Lwena is linked with that of the Chockwe. The Lwena are thought to be descended from the Mbuti and Mbundu pygmies from the north, although this link has not been firmly established. We can, however, trace them back with certainty to the old Lunda Empire. The Chockwe and Lwena split into separate groups at some point in the distant past, and the Lwena got their name from their homelands along the Luena River. We know they suffered under Lunda domination as early as 1600, but their territory was firmly established in central Angola during this time. Over the centuries, colonialism, wars, disease, and famine resulted in the fragmentation of the Lwena into the smaller, more isolated groups we find today, scattered across parts of three countries.