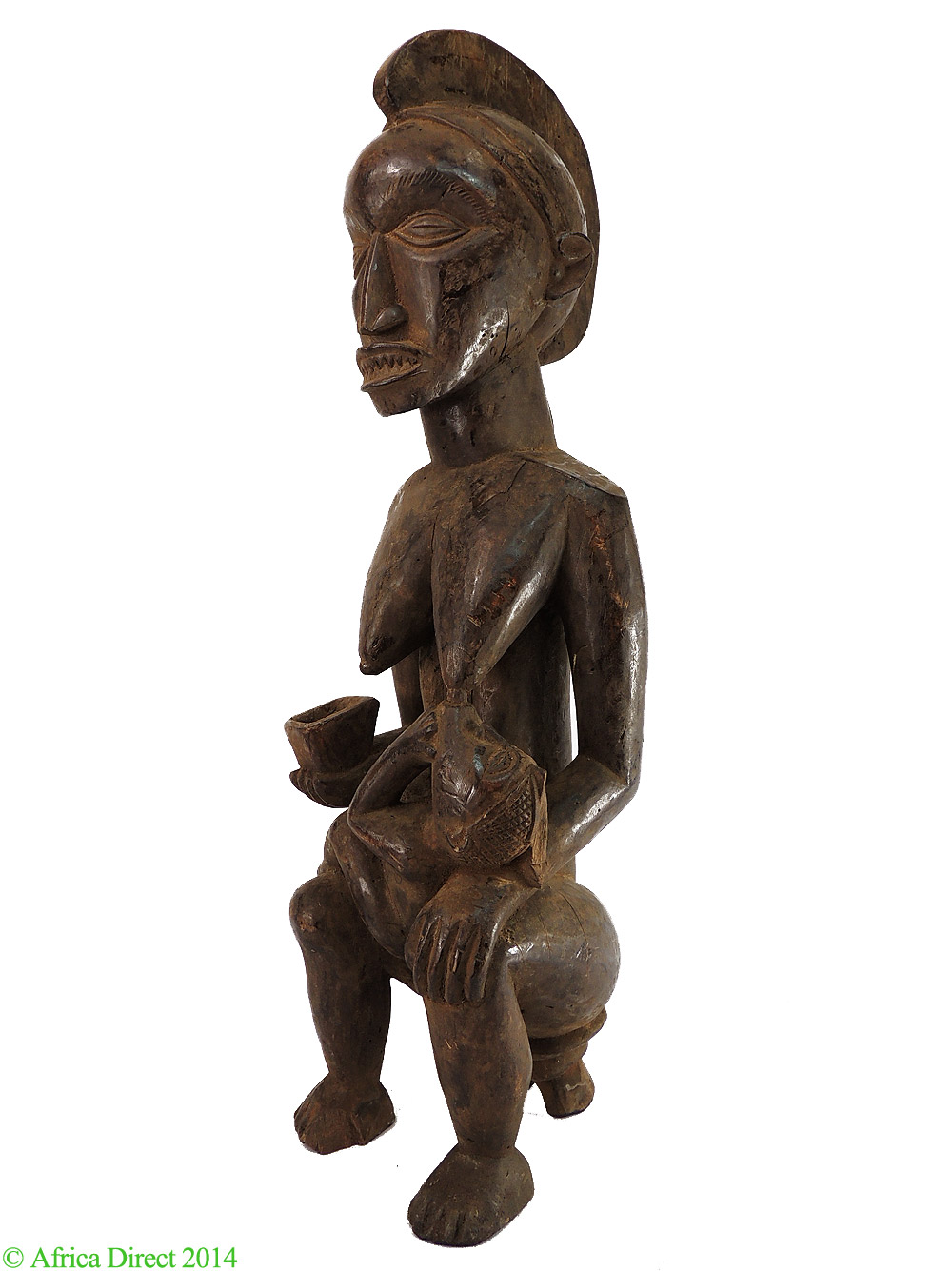 
Arts: The beautiful and expressive works of this group are not often seen on the market, but they can usually be identified by a striking, backward sweeping, deeply furrowed hairdo, and the typically moving Congo face. This is not always the case however, thus many Mbala pieces have probably been incorrectly identified as Pende, Holo, or even Tabwa. The carvings of the Mbala are limited primarily to figures, but there are the rare masks, and some gorgeous prestige items, a common art form in the Congo. It is thought that most of the works of the Mbala are owned by village chiefs, and stored in their huts. Little is known about their ritual use, but it is likely that they are associated with either ancestor worship, or to insure fertility.

History: The Mbala number around 60,000, and live in the southwest of the DRC. Like many groups living in the region, they fled from Angola in the 17th century during the relentless expansion of the old Lunda Empire. "Mbala" means "the red people," and their fame is due primarily to the production of a red pigment made from the bark of the camwood tree, traded throughout Central Africa as "tukula powder." The patina of many of their statues have a reddish tint, so it is possible that tukula powder was applied to their surface. The primary use of this powder is for trade to other groups, however. The Kuba and Eastern Pende use this powder extensively.