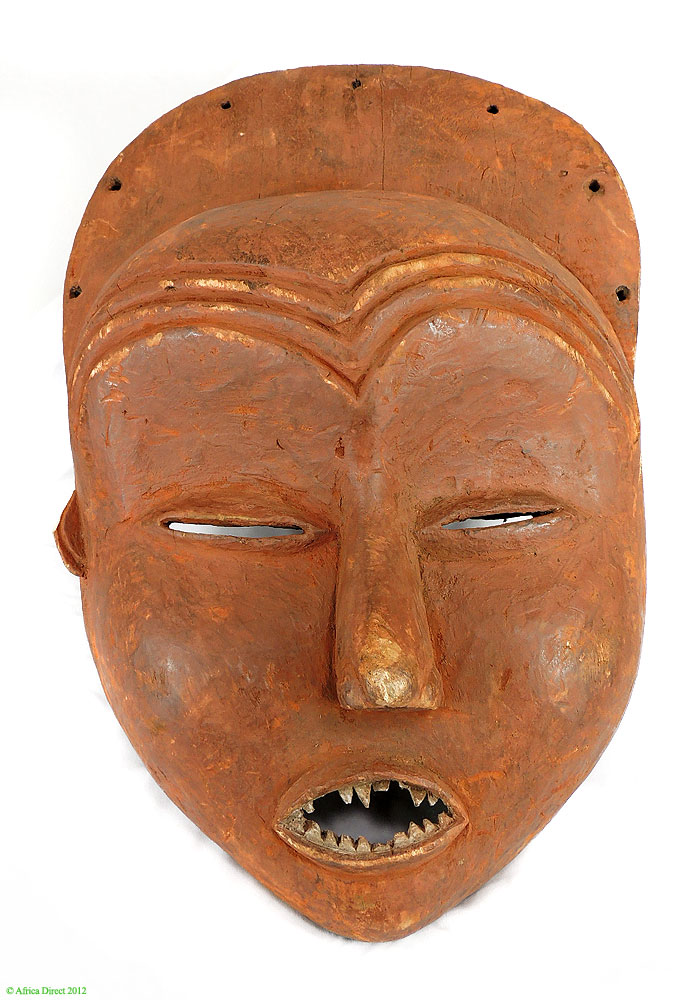 
Arts: The Mbunda are known for two dramatic mask-types, both remarkable, though rare. The first, known as the "Sachihongo," is extremely rare, and represents the founder of the Mbunda people. It was used for boy's initiations. It has the features associated most-often with masks of the Mbunda: multiple curved eyebrows, layered deeply into the brow, and a bold round face with a wide mouth with pursed lips. The second mask, the "Malamprevo," is smaller, and symbolizes an imaginary pretty girl. It has a less sacred function than the Sachihongo, and is worn during initiation and circumcision ceremonies, as well as for entertainment festivities. It shares the same styling found in the Sachihongo.

History: The Mbunda were originally from Angola, and one can find Angolan elements in their masks, primarily those of their old neighbors, the Chockwe. The rarity of Mbunda masks can perhaps be explained by the fact that, after centuries of persecution by the Luchazi people as well as the Portuguese, they fled during the Mid 20th century from their old Angolan homelands into Zambia. They have since allied themselves with the Lozi, thus their ceremonial practices have grown less pure.