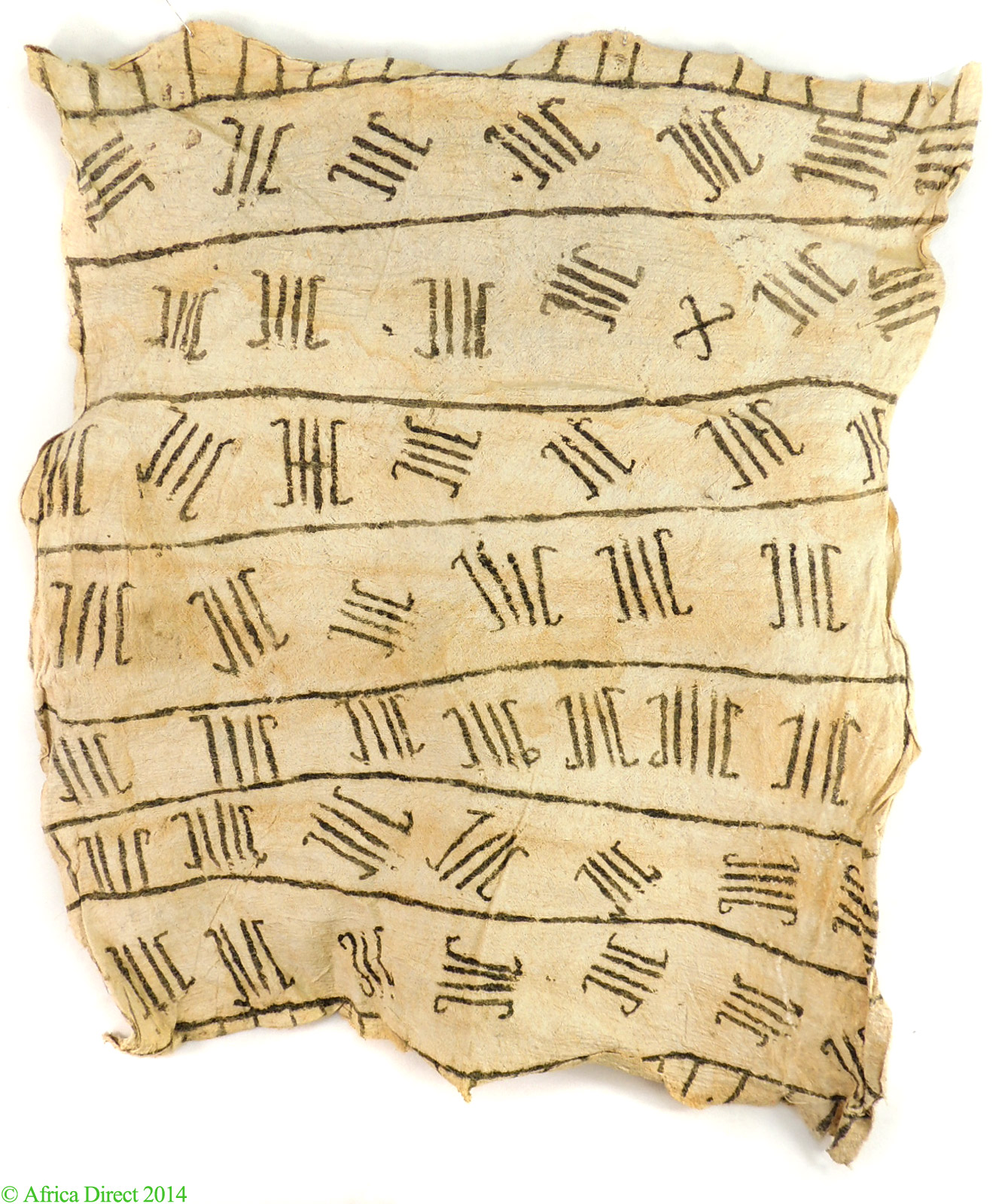 
Arts and History: The Mbuti people who live in the Ituri rainforest of Northeastern Democratic Republic of the Congo, formerly Zaire, are one of the few remaining hunter-gatherer cultures in the world. Since perhaps as early as 3500 BC, they have been known for a rich and extraordinary tradition of music and dancing. A nomadic people, they have thrived off what the lush Ituri forest provided for them, and moved around often. This way of life limited the need for and use of the wood carvings so identified with the Congo, but it turns out they did possess a vibrant artistic tradition after all. Until recently, the amazing bark-cloth drawings and paintings made by Mbuti women were virtually unknown. Historically used as loincloths for ceremonies and dances, they are sophisticated abstract compositions, no doubt full of hidden meaning, embodying the qualities of improvisation and syncopation that come immediately to mind when one thinks of African cultures. See MBUTI DESIGN-PAINTINGS BY PYGMY WOMEN OF THE ITURI FOREST, by Meurant and Thompson.