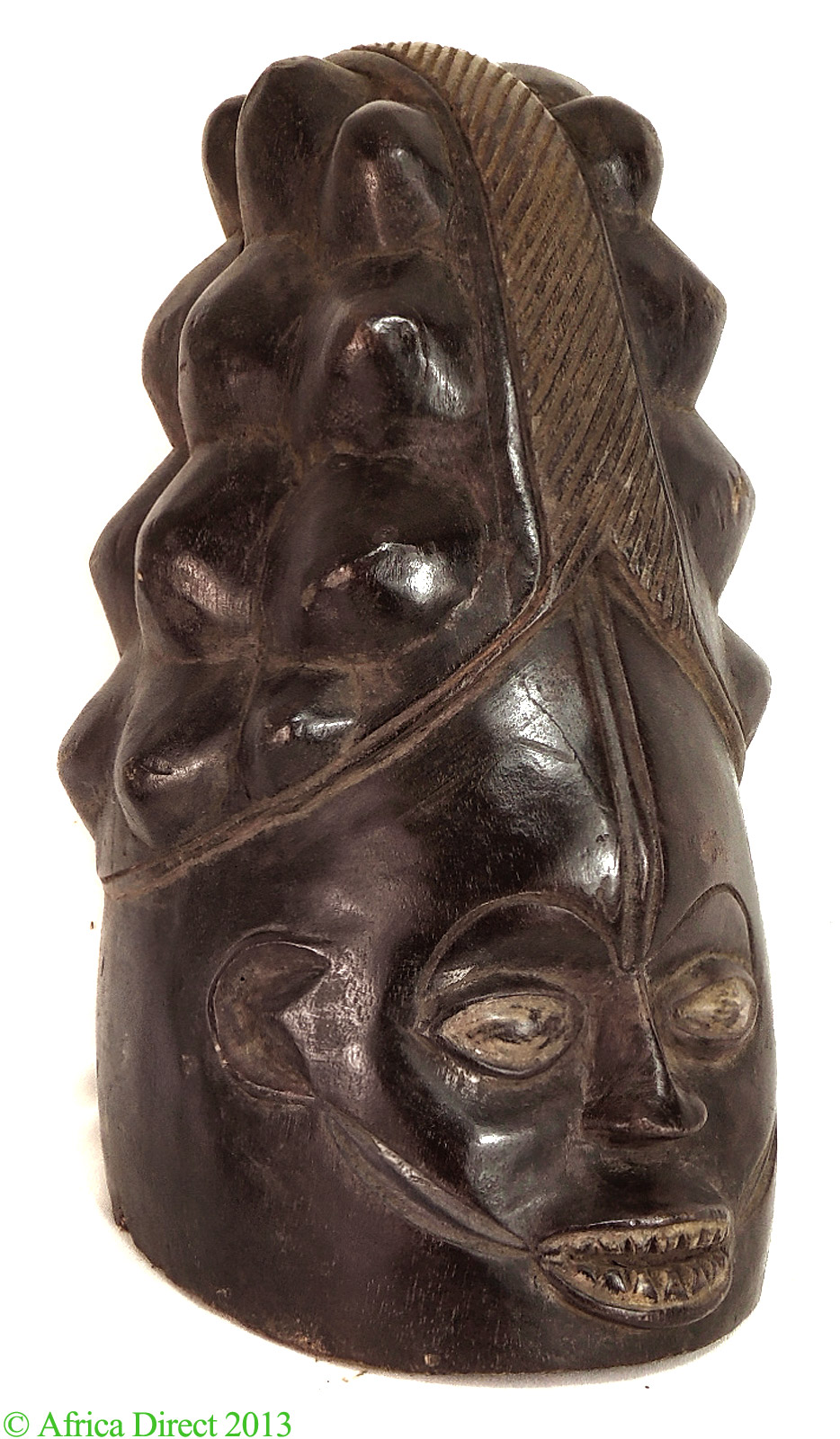 
Arts: Most Mende art is connected to rituals and celebrations conducted by either the men's Poro Society, or the women's Sande Society. While the Poro is well-known and powerful along much of coastal West Africa, from Guinea to Cote d'Ivoire, the Sande women's society is unique to the Mende. Almost the entire opus of Mende art is related to this women's society, with the famous "Bundu" helmet masks by far the best-known to collectors. These impressive and serene carvings, usually with lush, dark patinas, feature a triangular face, terminating in a small mouth with pursed lips. There is often a tripartite hairdo which is very distinctive. The circular rings of fat usually found near the base are connected to fertility and good health. Another common feature are circular scarification markings. Though the Bundu masks are most-often attributed to the Mende, they are also used by the Vai and Bassa, but minor differences in facial detail and overall style usually make a correct attribution possible. There are a few "minor" forms carved by the Mende, though all are quite rare. There are vertical oracle objects, sometimes referred to as "minsereh," which are topped by the classic Mende face found on their helmet masks. Their use is not well understood, though a connection to the Poro society is assumed. Same with the rare standing figures attributed to the Mende. Though output is limited, the art of the Mende maintains a rather lofty position among collectors.

History: Like many coastal groups of Mande descent, the Mende are thought to have migrated into their present homelands from the Sudan, possibly as early as 200AD, based on their oral traditions. Cultural variations between settlements indicate the possibility of a mixed origin, however. A tendency toward intermarriage and the borrowing of rituals, like the Poro, makes any definitive statement about Mende origin a challenge.