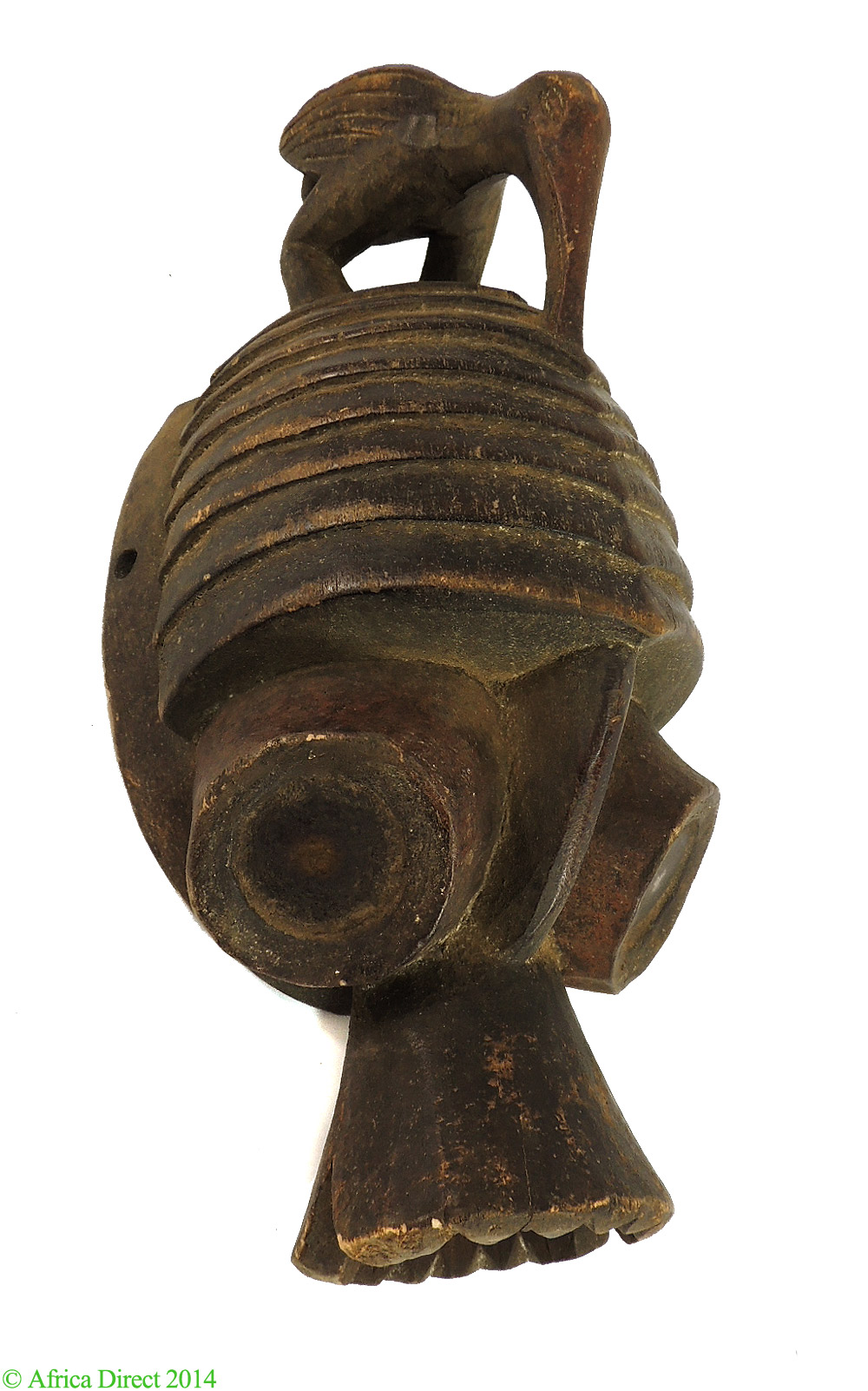 
Arts: The popularity and allure of Mumuye art is based upon two major forms: the tall, abstract and totally unique spirit statues known as "iagalagana," and animal masks which serve a wide variety of ritual functions.

The Mumuye live in a remote and inaccessible area of northeast Nigeria, and were unknown to scholars until around 1960. Up until then, any Mumuye art that found its way on the market was attributed to the Chamba. Study of their culture during the 60's brought to light some of the most alluring and remarkable statues found anywhere in Africa, the iagalagana. These tall, wraith-like figures feature flat arms carved like planks, which generally fall parallel to the slender torso. The body, sometimes partially-wrapped in leather cord, is tubular and mostly undecorated, with short zigzag legs. This disproportional body shape is topped off by a head full of charm, wit and mystery. The ears can be rounded and cup-like or dangle down the side of the head like a goat's. The face is classically northern Nigerian, but when placed on such a shocking body you can understand why these pieces caused such a stir among collectors. The iagalagana are quite versatile, and serve their owners, and the community at large, in a variety of ways. The Mumuye do not depict ancestors in sculpture. They do revere them, however, keeping the skulls in a special hut. The iagalagala serve as "guardians" over the skulls, kept alongside them when not in ritual use. They are used for religious ceremonies to invoke the spirits of the deceased whose skulls they guard, and additionally for initiations, healing, judicial and agricultural rites. It would be hard to find a more singularly important object.

The animal masks of the Mumuye resemble those of their neighbors the Chamba and Mama, and are extremely dynamic. The Mumuye add a liberal dose of abstraction to theirs, taking the effigy of the bush cow to another level. Some of the most famous animal masks known are Mumuye. Called "vabo," they are multi-purpose objects as well, danced during initiations, funerals, and agricultural festivals. They are quite rare and desireable.

History: Like many cultures, the origin of the Mumuye is lost in time, but we do know they were pushed into their current homelands during the Fulani Wars of the 17th through the 19th centuries. They ended up in the remote and hilly Benue River Valley, an area devoid of anything valuable to European colonials, and there they stayed in virtual isolation until the last half of the 20th century, perfecting a limited but remarkable artistic tradition.