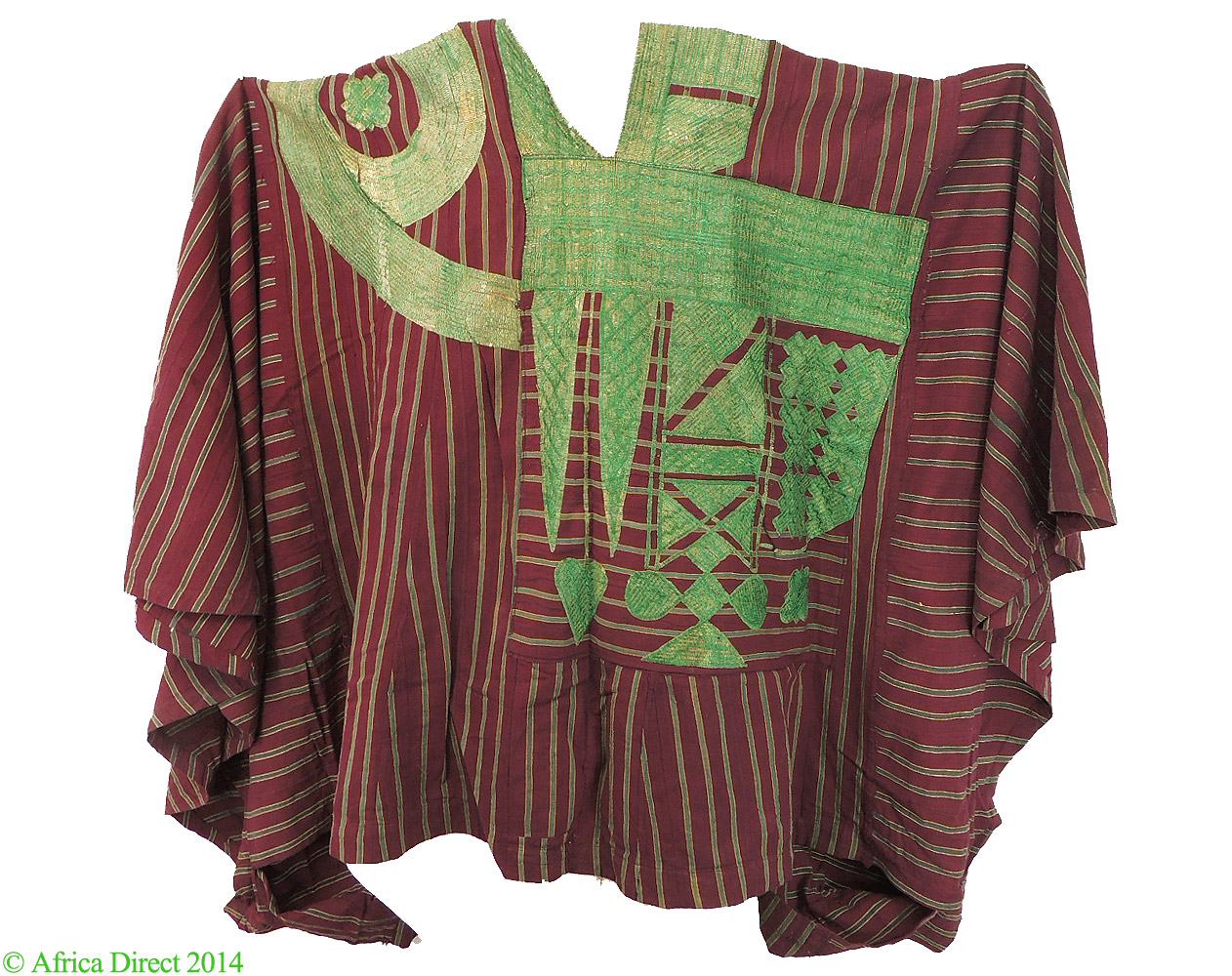 
History: The artworks of the Nupe are highly respected, even though the variety of objects they produce is very small. The limited nature of Nupe art is due to the strict influence of Islam, which has controlled the social and religious life of the Nupe for at least 250 years. Muslim law forbids the use of art objects that possess human figural elements, considering them profane. The Nupe, unable to express themselves in such fashion, instead developed a magnificent ability to decorate utilitarian and marraige-related objects with intricate geometric incising. They craft extraordinary carved calabashes and wooden bowls, fashion stunning terracotta vessels, and weave exquisite, highly-prized textiles. The popularity of Nupe art with serious collectors is a testament to their skills and their unique adaptability to social upheaval.


History: As far as we know, the Nupe have always lived near the confluence of the Niger and Kaduna Rivers. Though often associated with the Hausa, the Nupe are not related to them in any way, only neighbors. In fact, the Nupe speak a unique language unrelated to any other. Prior to the 15th century, the Nupe were subject to the Igalas, who were subjects of the Kingdom of Benin, some 150 miles down the Niger River towards the coast. The mythology of the Nupe honors their relationship with the Igala, understandable considering the violent subjugation suffered by the Nupe at the hands of the Hausa, and then the Fulani, in the 18th century. The Nupe had violent clashes with the Hausa, and this made them much more vulnerable to the marauding Fulani. There is little love lost between the Fulani and the multitude of cultures that they either dominated or displaced during their reign of terror, and it is ironic that today the Fulani have almost no political influence in Nigeria or elsewhere. Conversely, the Nupe have carved out a rather successful and respected existence, though they too suffer from a lack of political power.