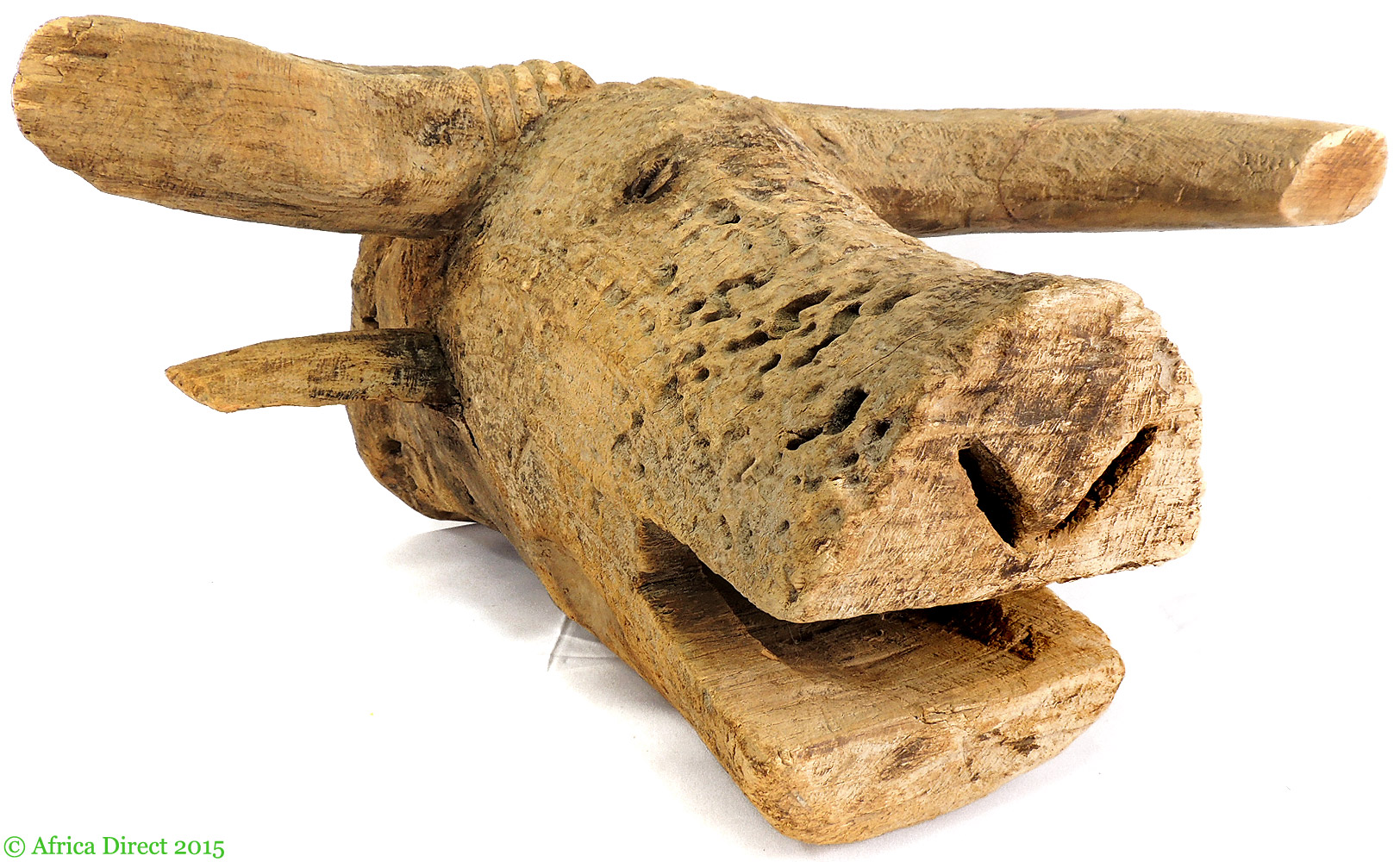 
Arts: The elegant art of the Tabwa has only been considered distinct for about 30 years. The majority of pieces collected prior to the 1970's were identified as Luba, who are their neighbors to the west. Tabwa art is produced primarily to venerate ancestors, and in that respect it reflects one of the most predominant of Congo ideals. The Tabwa produce small to mid-size ancestor statues, which often feature beautiful triangular scarifications thought to represent the new moon; long, braided hairdos which can extend down the back almost to the waist; and a curious mouth posture with protruding tongue. Often the face appears to be looking slightly skyward, eyes wide open. These ancestor carvings, called "mikisi, and the rituals associated with them, allow certain families and traditional leaders to consolidate their power, using the"special" knowledge of the ancestors to their advantage. It boils down, in many ways, to the politics of fear, West African-style. Unlike the Luba, whose statuary is predominantly female, the Tabwa carve both male and female figures. Another reflection of their recent Congo heritage is the production of small prestige objects like combs, stools, and small ivory and bone figures. Though a few impressive helmet masks do exist, their purpose is unknown. Their appearance strongly parallels that of their statuary. Tabwa statues are among the most charming in all the Congo, though masterpieces are rare. History: The distant history of the Tabwa is lost. Even their presence in the Congo and their consolidation as "one people" under the name "Tabwa" is poorly documented. It is thought that they originated somewhere in East Africa, perhaps Tanzania, and fled across Lake Tanganyika in small groups to escape famine and wars. Once in the Congo, small villages popped up along the western shores of the lake, and over time they came under the power and influence of the Luba. It is ironic that unrest in the eastern Congo, brought on mostly by refugees from the Rwandan civil war, has led to so much chaos that many Tabwa now find themselves crossing back across the lake into Tanzania, in yet another search for peace.