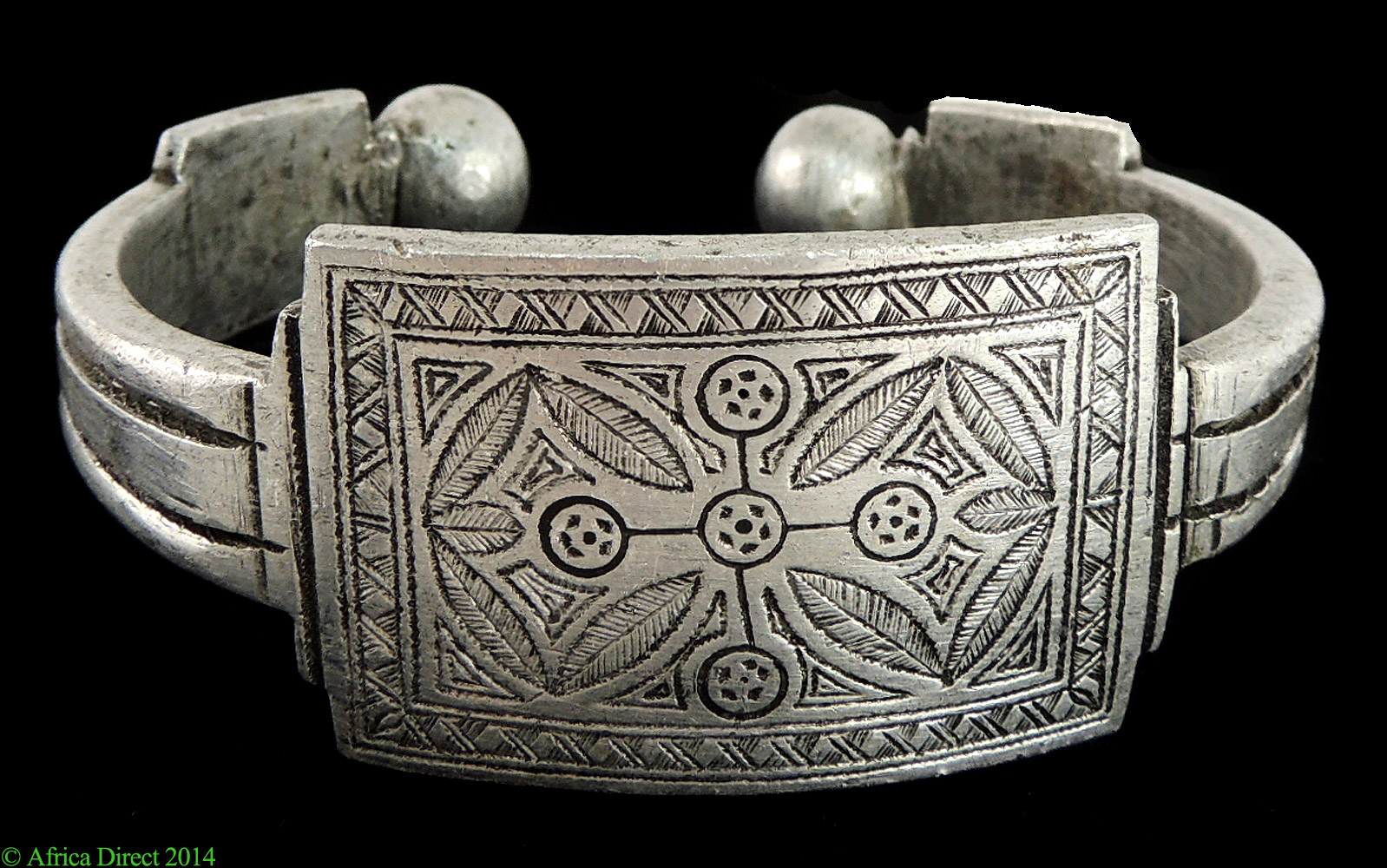 Arts: The moving image of a Tuareg caravan of camels is evocative and romantic, conjuring the timeless Saharan image of nomads wandering the desert. Because most of the Tuareg long ago converted to Islam, they do not produce figural or zoomorphic art. Their mobile lifestyle would have made this unlikely anyway. They do, however, produce items of great beauty, which have captured the imagination of collectors around the world. They carve what wood they can find into elegant tent posts. These can be quite beautiful, even stunning, from the simple ones with notched, stepped protrusions, to masterful creations with exquisitely rendered areas of open-work. These are obviously inspired by the complex Islamic traditional arts. They also produce vividly colored pouches, saddles, and wall hangings from hide, usually goat skin. They make magnificent silver or nickel-silver alloy "crosses" with complex and imaginative designs, which are worn throughout the world, and leather talismans with decorations of inlaid silver or nickel alloy. These geometric crosses and talismans can run from small to quite large. By necessity, they make only what their beloved camels can carry.

History: The Tuareg, actually an amalgam of historically nomadic peoples, can be traced back to the time of the Greek historian Herodotus, who mentioned them in the 5th century BCE. In more recent times, the Tuareg have migrated more to the south, and many have given up their nomadic way of life, settling into villages similar to those found elsewhere in Africa. Though most are Muslim, they are not considered Arabs. The extensive use of indigo in their clothing, which rubs off on the skin, has resulted in the famous glowing purple-black complexion with which most are identified.