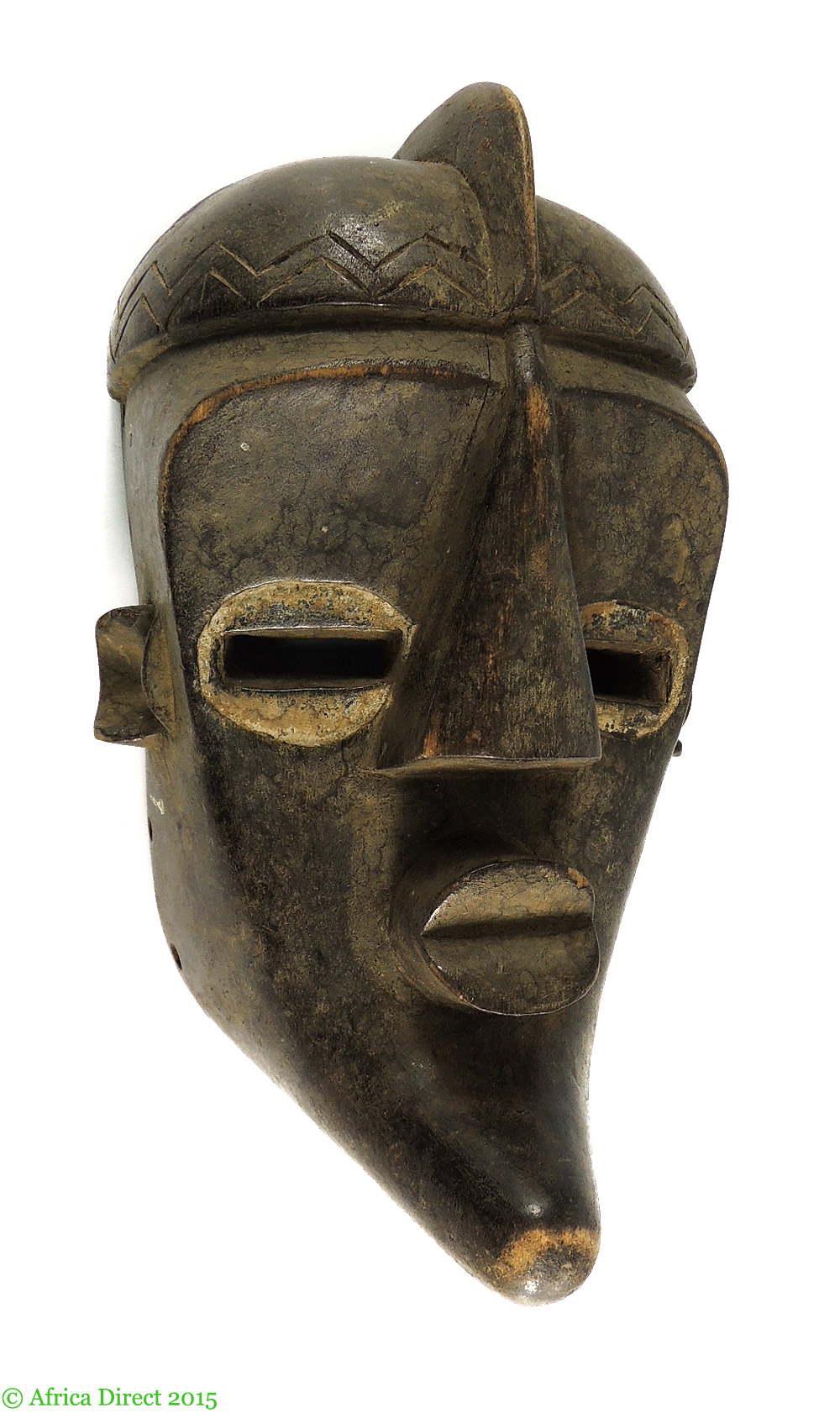 Arts: Though limited in quantity, the arts of this fascinating culture are quite famous in collecting circles, and include numerous masterpieces prominently displayed in private collections and museums. The most well-known forms are the unique, small statuettes known as "yanda," used by the "Mani" secret society, which venerates women in magical ceremonies. The "yanda," with their abstract, triangular heads and squat bodies, are sometimes decorated with beads and hoop-like earrings or nose rings. Large, angular ancestor statues are known, though they are somewhat rare. They are quite unique, with their surprised expressions and stubby, zigzag arms and legs. Masks used in important Mani rituals and during funerals, are very rare. They are impressive and powerful, with white faces, open-work round eyes, and a fierce mouth, often with bared teeth. They are hard to differentiate from those of the Zaramo. The Zande produce magnificent figural harps, similar in shape to those of the Mangbetu, their neighbors and bitter enemies. In addition to the harps, there are other musical instruments, like finger pianos and drums, as well as fly whisks, stools, and elaborate metal weaponry. Zande art is a fascinating mix of styles from the northern parts of the DRC, southern Sudan, and even northeastern Tanzania. Their work remains popular and sought-after by collectors around the world.

History: The word "azande" means "people who possess much land," which is appropriate considering the wide swath of land that they occupy today. Thought to have originated in The Sudan, they were a warrior people who relocated during the 18th century to the northern part of the eastern Congo, along the Uele River. Their system of "government" is based on the royal lineage whose origin is traced to the family "Avangara." The king rules with the help of his sons, who fan out into the various provinces. The Zande have been constantly at war with the Mangbetu for over 200 years. Unlike their neighbors however, their art is not a court art, but is linked primarily to rituals of the Mani Society, which helps to balance out the power of the ruling family.