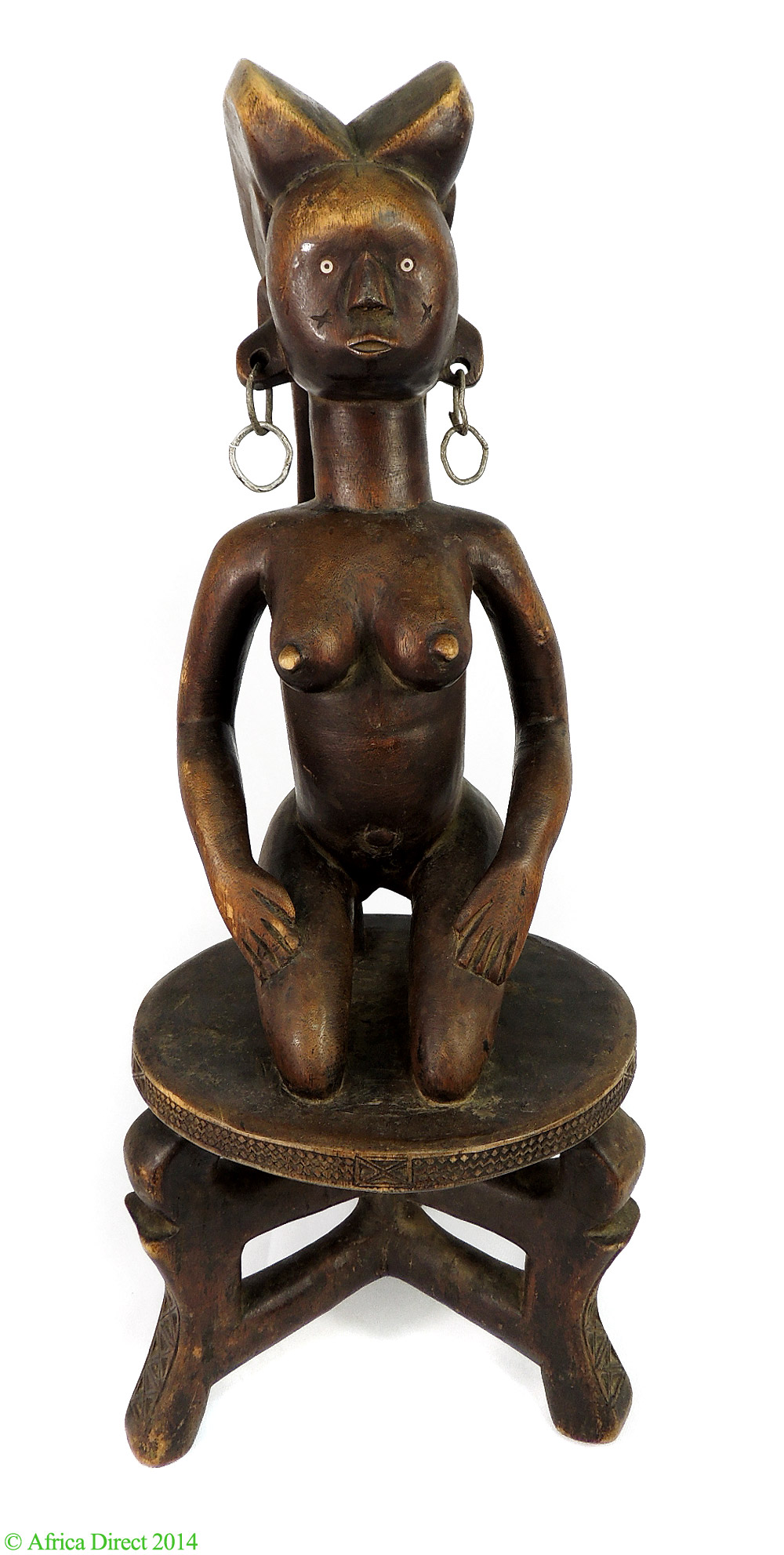 
Arts: The arts of Tanzania as a whole are poorly understood, and styles tend to overlap to a great degree. Additionally, the "crude," though appealing, carving methods used on much of Tanzanian works make identification a challenge. The Zaramo undoubtedly are responsible for many wonderful works, but the one form that can be traced with any certainty to the Zaramo is that of the "Mwana Hiti," a stylized, doll-like creation with split hairdo and, often, seeds for eyes. They are produced for protection and fertility, but their origin is nebulous. The Mwana Hiti image can be found on a wide variety of objects. There are other groups, like their neighbors the Kwere, who craft similar figures. A wide variety of carvings have been attributed to the Zaramo, from marionettes to zoomorphic stools and chairs to small masks resembling those of the Lega, but unlike many African carvings from more heavily-studied areas, there is almost always a question of an exact attribution. Of all the groups in Tanzania, only the widely-scattered Makonde have established a following among collectors and scholars sufficient to produce a documentable style.

History: The Zaramo number around 200,000 and their ancestors can be traced back at least 1000 years. While some of the Zaramo have been Islamicized, primarily as a result of slave raids in the 18th Century, many have held onto their original beliefs. The traditional Zaramo believe in a supreme being, Mulungu, who they associate with rainfall. Their ritual life revolves around the appeasement of Mulungu, and the invocation of family spirits, usually through the intervention of the ubiquitous "diviner." The Zaramo choose leaders for each of their small communities, based on their maternal lineage and/or ownership of land. While most of their leaders are men, they do have women leaders. Due to ecomomic hardships, which are endemic to much of Sub-Saharan Africa, many Zaramo have migrated to the capital of Tanzania, Dar es Salaam.